“Carolyn's wonderful songs kinda sneak up on you, quickly taking you to the heart of the matter. She's a fine songwriter. ”

Carolyn Anele is a "Singer with a beautiful voice...a spectacular songwriter."

“Carolyn has the gift of music, strong melody and lyric. She thinks and analyzes and finds her bliss in the song.  Finally, her wit and humour is revealed as she performs with professionality and her own engaging style. I wish her every success in this crazy creative business.”

With a voice compared to the likes of Mary Gauthier and Judy Collins and the humorous sensibilities of Connie Kaldor, Carolyn writes songs that can make you laugh and make you cry.

The Nashville Taxi Driver asked, "If you had to choose songwriting or performing,

which would it be?" "Songwriting, without a doubt," said Carolyn.

Carolyn Anele (a-NEL) is an award winning contemporary folk singer songwriter whose songs, a fusion of folk, country, bluegrass and celtic roots music, tell uplifting stories of life, love, family, friendship and the simple journey of the human heart.  Born and raised in Salmon Arm, B.C., Carolyn resides in Vernon.  Winner of the 2013 BC Musician Fred Penner National Songwriting Contest for Carolyn’s song, ‘I’m A Baby’ – the song was released on her album called, ‘Where Birds Sing’.    Carolyn wrapped up her second full length album, ‘Wishes, Dreams & Centuries’ and was released September 2018 to a sold out crowd in Vernon.

“Carolyn's wonderful songs kinda sneak up on you, quickly taking you to the heart of the matter.  She's a fine songwriter.”     - Roy Forbes

Carolyn was born in Salmon Arm, British Columbia, Canada – a rural town in the North Okanagan Valley surrounded by lakes, rivers and mountains.  As a girl, she preferred creating her own melodies on the old family piano to the tedious practicing of scales and traditional compositions.  In 1990, Carolyn began a seventeen-year career as a support worker at a Women’s Shelter.  This work fostered her drive to pursue writing and performing.   In 1996, Carolyn attended her first workshop, a Power-Song Shop designed for advanced songwriters in Vancouver, B.C. This affirming opportunity inspired Carolyn to continue learning and honing her writing skills. In 2000, Carolyn started her career as a solo artist and writer, promoting her original material. She was chosen to perform her own songs that summer at a fundraising event held for the B.C. Children's Hospital.

Carolyn's 2002 debut album, “The Harbour” features seven original songs – a mixture of folk, contemporary, blue grass, spiritual and instrumental music. Her CD won a 2003 KADAC (Kelowna & District Arts Council) Award of Honour for CD Release in the Okanagan.  In 2004, Carolyn was nominated for the KADAC favorite female performer of the year and favorite folk artist of the year.

Coinciding with the release of “The Harbour” CD, Carolyn's sell out debut concert in the spring of 2002, combined her musical pursuits with her humanitarian efforts – a fundraising event for Inside/Out, a violence prevention program for teens.

Carolyn has since released her 4 song CD, self titled “Carolyn Anele” as well as her Single Release called “Where Birds Sing”.  After taking time to raise her family, Carolyn   released her first full length album in the Fall of 2013 to a sold-out crowd.

Carolyn released her second full length album, 'Wishes, Dreams & Centuries' in September 2018 to a sold out crowd in Vernon BC.

Carolyn currently resides in Vernon, B.C. with her husband, children and the family cat and performs for charities, benefits, festivals and showcases. 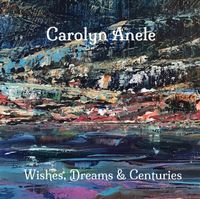 Written for a dear friend who passed away from Parkinson's disease.  The song Watch Me Fly (guitar version) was a Finalist in the 2016 UK International Songwriting Contest 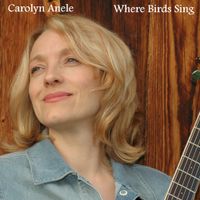 2017 Finalist in the Great American International Song Contest for Coal Dust Sandwiches written by Carolyn Anele & Howard Brown. The song garnered a Top Ten Finalist position in the Folk/Americana Category.  (100 Finalists were chosen overall from 1800 entries in the contest)

2016 Finalist in the UK International Songwriting Contest for Coal Dust Sandwiches and Semi-Finalist for songs, I'm Not Ready (A Mother's Prayer) and I'm A Baby

2014 Top 25 Finalist for the Singer Songwriter Mentor Experience, supported by the Songwriters Association of Canada for the song

I'm Not Ready (A Mother's Prayer)

Highlights include opening for singer-songwriter

Performing in singer-songwriter showcases with

Carolyn Co-wrote the Kelowna’s official Centennial song “100 Years” for the City of Kelowna and was a regular participant in the George Ryga Songwriting Workshops at The Ryga Center in Summerland, B.C.

Carolyn's musical vision is to write songs that will inspire, uplift and heal